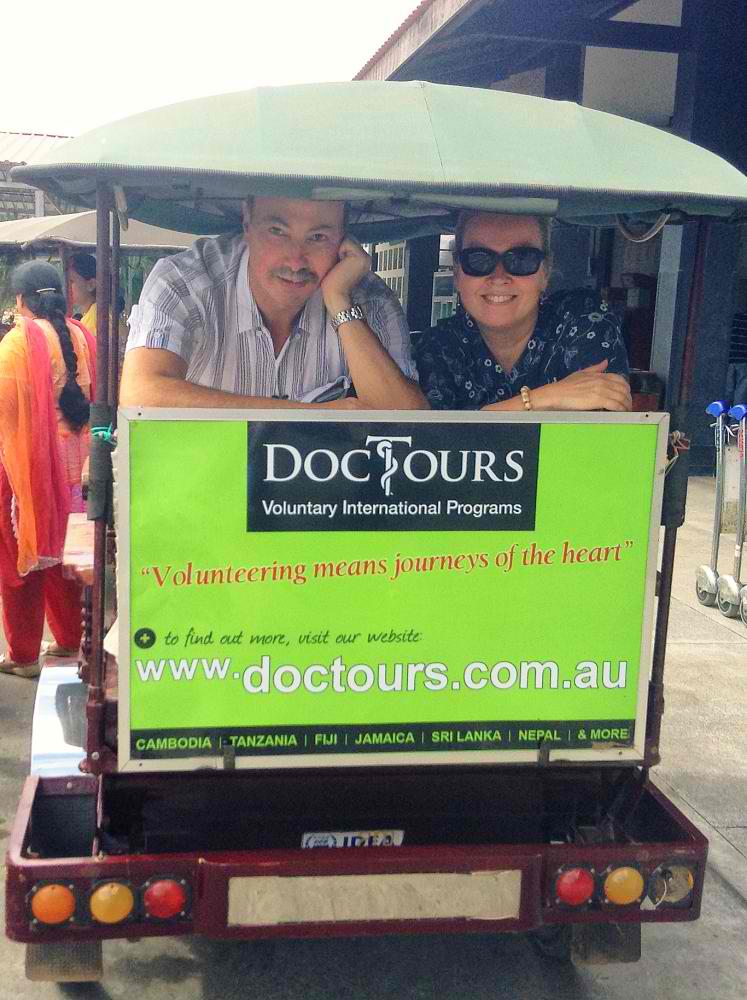 In the midst of our colder weather, why not start planning to travel somewhere warm and do something great with DocTours! This month, we trace the footsteps of a doctor in Tanzania and we have kickstarted our partnership with Airborne Aid by sending medical supplies with one of our medical volunteers travelling to Africa. Happy reading and warm regards, Karin and Derek.
P.S. Catch us on Facebook too!

A Volunteer Doctor in Tanzania 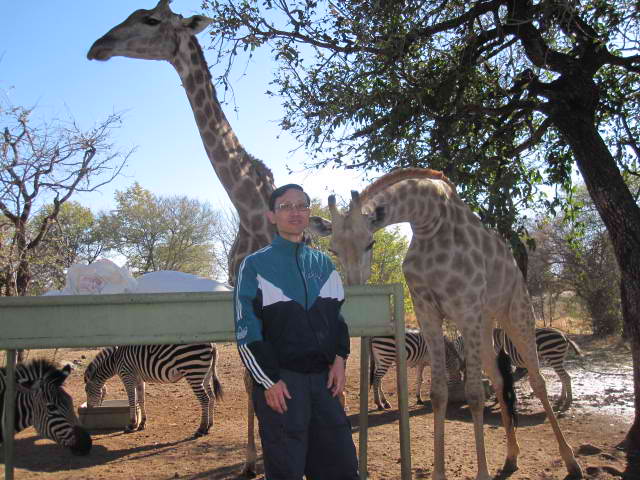 It had been a long time since my mission to Banda Aceh after the tsunami in 2004. So, I was yearning to go on another volunteer mission. However, the length of time one had to take off from work was rather prohibitive. With most programs on offer one had to be available for at least a month if not more. When the DocTours brochure came across my desk it grabbed my attention. It read: 2 week medical program plus 7 day safari in Tanzania. That was perfect! DocTours had various placements available which fitted my schedule.

I contacted DocTours and got the ball rolling. What I liked about the program was I could nominate when I wanted to go, how long I wanted to stay and most of all exactly what I wished to do during the placement. The other aspect of the program was that you are accommodated with a local host family. It was the best way to learn about the culture. Of course I could not let the opportunity pass me by without going on a safari, visiting Victoria Falls and setting foot on South African soil which is a fiercely competitive nation as far as rugby and cricket is concerned. Because of time constraints, this part of my itinerary was actually the hardest to organise.

On arrival in Tanzania, I was met at the airport by Godwin, an employee of the local ground operator. Because of the traffic jams it took more than 2 hours to drive to the hosts’ house. I was expecting to see a dilapidated hut as one would see on TV, but not so. I later found out that the hosts are carefully screened and chosen so that the volunteers are housed in proper accommodation with Western-style facilities. The house was like a 2 storey mansion with beautifully maintained garden. There was a granny flat where I stayed, with one bedroom, lounge and a kitchen. There were 2 single beds in the bedroom with mosquito nets hanging over each bed. What surprised me was there were hardly any mosquitoes and I did not have to use the mosquito net. After a quick shower, mind you it had to be quick because it was a cold shower, I had dinner in the dining room in the main house with the hosts, Roby and Martha and their children Mariella and Reuben, aged 12 and 7 respectively.

The next day, Amen came over to my house and we went to Myanamala Hospital, a regional hospital where I was to be working for the next 2 weeks. As the hospital was a fair distance from our house, we were shown how to catch a Bajaj (auto-rickshaw), and a Dala Dala (bus). The Dala dala must have been made for short people as there was no way a passenger over 5 feet 10 inches (177 cm) could stand straight without hitting his/her head on the roof. On arrival at the hospital we waited and were introduced to our supervisor who in turn delegated a resident doctor to show us around the various departments and wards. After the hospital orientation, we were taken to the project office to fill in the necessary paperwork for our Work Permit. Afterwards we were taken to a small cafe next door for lunch. That was my first introduction to chips mayai (chips omelette). This was to become my staple food for lunch for the next 2 weeks. I was too scared to eat salad. Some of the volunteers who had salad actually developed gastroenteritis after eating it. I could not stomach Ugali which was a dish made from maize flour.

Though the hospital was a public hospital, the patients had to pay to see a doctor. They then had to pay for any drugs prescribed, and any investigations ordered. Patient compliance was therefore very poor because of financial difficulties.

On the first day when I had to collect blood from a child for testing and I was looking for a tourniquet, the nurse gave me a latex glove. I did not realise that it was to be used as a tourniquet. Then another nurse pointed out that it was the only form of tourniquet I would find in the whole hospital. I felt so stupid! Even these latex non-sterile gloves were hard to come by.

The doctors often relied on the backs of the hands to determine if the patient had fever or not. The majority of the doctors did not carry a stethoscope. On one occasion a doctor used a stethoscope which had the diaphragm missing. I just wonder what he could possibly hear.

Like a lot of third world countries, several patients may share a bed. Could you imagine what this was doing to cross infection? It was amazing to see several women huddled together on one bed breast-feeding their newborn babies. Oxygen machine, likewise, may be shared by several patients at a time just by joining the tubings. I found out that the FBC machine had not been functioning for months. Only the haemoglobin level could be done.

Suture equipment were old and impossible to use. I was given a needle holder, suture needle and a scalpel blade to use to suture a vaginal tear following the delivery of a baby. There was no forceps. The needle holder would not even grab the needle. Local anaesthetic was not supplied and I tried my best to suture by holding the needle with my fingers and the woman clenching her teeth. Risky procedure was an understatement in a country where HIV/AIDS was rife.

There was a ward full of patients with HIV in the hospital. Luckily there was a department for treating HIV donated by the Americans. So the anti-retroviral were supplied by this unit and this unit provided counselling services for these patients. Nowhere on the patient’s file would one find that the patient was HIV positive. Apparently this was for confidentiality reasons. The file would only have the words written in one corner in small writing seropositive. When a woman was diagnosed with HIV she was often abandoned by the husband, who most likely spread the virus in the first place. An Islamic charity organisation had been supplying food for these patients.

There were many children in the paediatric ward with burns sustained from hot cooking oils or stoves. Every day the nurses and parents cleaned the burns in the bathroom and one can imagine the screaming children when they were being washed without any analgesic cover.

No procedures were performed in the emergency department. Here the patients were assessed by the doctors and given a script if they could be treated with medications. But if they required sutures or other minor surgery they were sent to the minor theatre room. If they required an injection they were sent to another section. Similarly if they required their blood pressure taken they were sent to another section. But then after they have had their BP taken, they had to come back to the emergency room and they may or may not get to see the same doctor. The patient normally carried the notes going from one department to another. The patients were very patient indeed. At times the doctors would refuse to see them if they forgot to bring the notes. They just walked away without arguing. The blood test results and X-ray reports were given immediately and the patient came back with the hand-written reports in their files. Every patient with fever of unknown origin was treated with anti-malarials.

Some doctors were on strike during my placement. They were demanding better pay and conditions and also better equipment and medical supplies so that they could provide better quality of care for patients. Despite the limited resources the staff at the hospital seemed to manage with minimum fuss or complaint. The staff were all very kind and helpful. All one had to do was to say ‘Mambo’ and they would bend over backwards to try and help you. It meant ‘Hi’ or ‘How are things?’
In order to make a tangible improvement in the health of the population, there needs to be better education, good nutrition and financial support. 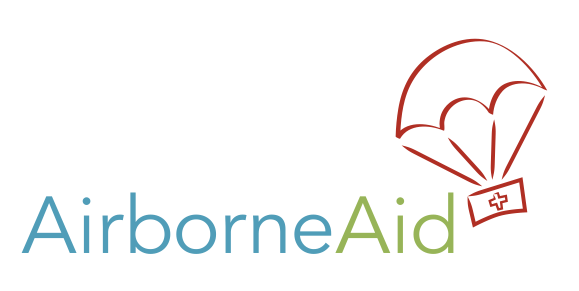 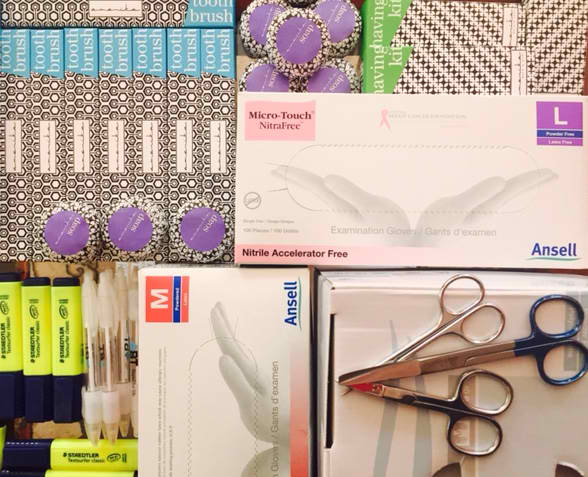 DocTours proudly partners with Airborne Aid, an international non-profit organisation, connecting medical aid donations with destinations in need through your free luggage space. Our first delivery of gloves (thank you Ansell), hygiene kits and stationery has been delivered to Namibia with one of our medical students (thank you Emily).  Let us help you to help those in need.  Read more and register your interest now.

Our head office is located in Sydney, Australia - but we help medical professionals all over the world into volunteer placements.