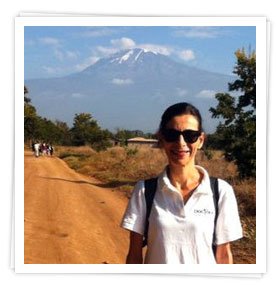 My volunteer experience in Tanzania

The idea of volunteering overseas brewed in the back of my mind for many years. Apart from being at that stage of life, family and career where it seemed more feasible to ‘give something back’, I had developed a love of travelling and figured it was time to take myself out of my comfort zone – both personally and professionally – and see how I managed.

I had no clear expectations of what the experience would be like and I certainly didn’t believe that I’d make much impact in just a few short weeks, but I was keen to help in any way I could. I spent a lot of time researching different volunteer organisations and decided on Doctours as it seemed to be well organised and flexible enough to meet my needs. Still unsure of what I was heading into, I strode through the airport doors and headed to Africa.

I had an amazing experience. This was due to a combination of a fascinating location, the opportunity to see close up how a less developed medical system actually manages to work, and the people I was fortunate enough to meet along the way.

I was based in Moshi, a town of about 200,000 people in the northern part of Tanzania at the base of Mt Kilimanjaro. The hospital to which I was allocated (St Joseph’s) was reasonably well equipped with staff and resources by African standards. Jointly funded by the Tanzanian government and the Catholic Church, it has about 300 inpatients and a busy outpatient clinic.

The staff were welcoming and suggested that I work wherever I preferred. I was a little relieved, as it meant I could start with areas in which I was confident while I found my feet. I began in the female medical ward and accompanied the local doctor on his ward round. Diagnoses varied, but most common were malaria, gastrointestinal diseases and HIV. Many patients had diabetes and heart disease, and patients in their 30s and 40s were commonly on multiple medications for cardiovascular conditions.

The local language is Swahili and although many patients spoke at least a little English, it was often difficult for me to obtain a detailed history. It struck me that patients were presenting much later in the course of their illness due to a combination of cost of health care and the attitude of the locals to let things run their course.

I was struck by the stoic, non-complaining nature of the people. A teenaged Masai girl with advanced heart failure following rheumatic fever sat quietly slumped in her bed with laboured breathing as we discussed her ongoing care and her very limited options. I was intrigued as I watched brain surgery performed on a man in his mid 20’s who had fallen off a motor bike and sustained a subdural haematoma. Even in remotest Australia, both patients would have been evacuated by air to a tertiary centre.

With no fancy craniotomy tools in sight, the surgeons used a hammer and chisel to make their way through this young man’s skull to locate and release the clot. The surgeon didn’t seem perturbed to have blood splashing over his sandaled feet. A few days later I saw the young man in the ward sitting up, smiling and delighted that his headaches had resolved.

I found that I was most useful in the outpatient department of the hospital, where patients attended with an astonishing array of problems ranging from everyday URTIs to facial lacerations from knife attacks. As well as many dehydrated children with gastrointestinal infections. Performing small procedures such as suturing and wound care was another area where I was able to assist.

I consulted in a small room with 2 desks. I sat behind one desk and my medical colleague behind the other. The patients entered the room and sat on the other side of our desks, and we consulted individually. If I had difficulty with the language, my colleague would casually lean across and contribute to the consultation. Confidentiality was not a consideration and the patients seemed respectful to one another. There was no glass in the windows of the consulting rooms and the patients waiting to be seen sat directly outside the room, no doubt formulating their own opinions.

Having the opportunity to move throughout the hospital freely was a privilege and I was able to assist where I could or observe and learn the ways of this different culture, both national and medical. The patients lay in basic beds with mosquito nets hanging from the ceiling. Their relatives brought food for them and it was usual to see a thermos of soup on the bedside table. I saw young African women lying naked on narrow beds, labouring with no husband or other relatives to be seen, and young children with bone deformities having surgical repair by a visiting orthopaedic team.

There was generally calmness about the hospital, things were done methodically and time was not pressured. Where you might expect chaos and clamour, people were non-complaining and waited quietly to be seen.

The medical work is only part of the volunteering experience, however. I enjoyed my stay in the “Volunteer House” more than expected. My housemates were from many different countries including Sweden, Finland, Italy and a range of others. Their ages ranged from 17 to late 50’s and they were volunteering in a variety of areas, such as schools, orphanages and environmental programs.

We had a beautiful view of Mt Kilimanjaro from our front door and were walking distance from the town and hospital. With only basics facilities in the house such as cold running water and electricity, both of which were intermittent, there was plenty of time for chatting and getting to know people. The staff at the house were locals and from them I was able to learn more about the local culture and attitudes from a different perspective than if I was purely a tourist. I loved sampling the local food and picking mangoes and avocados from the trees at the house to accompany my breakfast.

Tanzania is a generally considered safe for volunteers and tourists and although I mostly felt this to be the case, I had the unfortunate experience of having my bag ‘snatched’ from my shoulder whilst walking from the hospital to the volunteer house one lunch time. Having my camera and phone, along with a small amount of money stolen was an unsettling experience but also a reminder that I still needed to exercise a reasonable degree of caution. Visiting the Moshi police station was not a highlight of the trip.

During my free time I took the opportunity to volunteer in other areas, visiting an orphanage and an environmental project. With some of my housemates I toured some of the smaller villages and their coffee and banana plantations and we cooled off swimming in a volcanic pond at the base of a spectacular waterfall.

When my volunteer time was over I took an unplanned opportunity to climb Mt Kilimanjaro, which was another whole experience in itself.

After four weeks my husband and two of our children joined me on an African safari, to continue one of the most amazing experiences of my life. This was all pre booked by Doctours and worked really well. Apart from game drives in the northern Tanzanian national parks, we travelled to Uganda to trek in Bwindi Impenetrable National Park to meet some endangered mountain gorillas, a highlight of the trip.

I learned so much from the whole experience about Tanzanian people and their culture, about being a doctor with limited resources, and also about myself. Now when I sit down at my desk back in my clinic, I feel so fortunate to have had this opportunity.